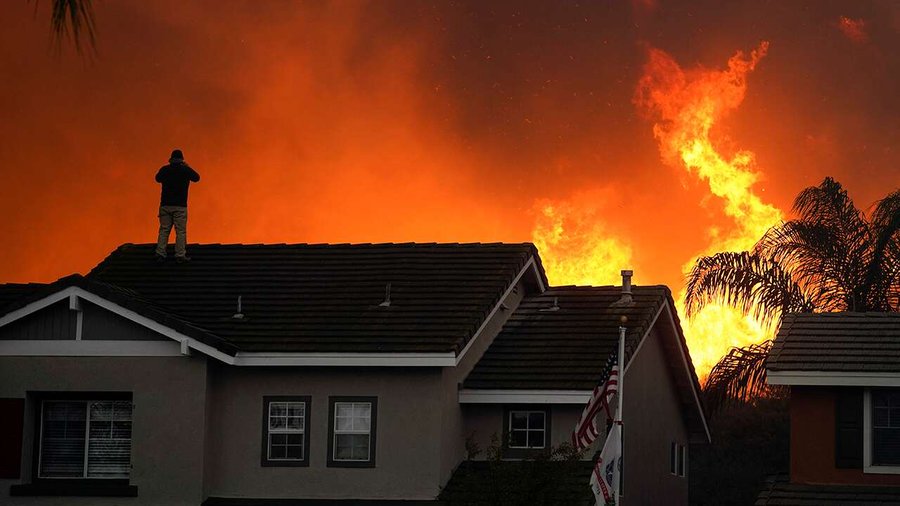 Yossi Cohen, the current director of Israel’s foreign intelligence agency, the Mossad, has earned himself a reputation as an out-of-the-box thinker and a highly intelligent man who has restored the agency’s allure.

The Mossad was responsible for the spectacular operation in Tehran in which much of Iran’s secret classified nuclear archive was stolen and flown to Israel via Azerbaijan without the Iranian security services being able to do anything about it.

Cohen was also behind the current rapprochement between Israel and moderate Arab countries such as Bahrain, the United Arab Emirates and Sudan. In his position as Mossad director, Cohen frequently traveled secretly to Arab countries to hold talks with his Arab counterparts, and those talks were not just about the danger Iran poses to these countries and Israel, as has now become apparent.

It was announced last week that Cohen revealed that normalization in relations between Saudi Arabia and Israel have become a real possibility and that this normalization will likely to take place after the presidential elections in the United States. The Mossad director told this to his closest associates, but the news was leaked to Israeli media such as the news site N12 and The Jerusalem Post.

Cohen said during the same conversations that Oman will be the next Arab country to normalize relations with Israel, but again it will have to wait until after the US presidential election.

According to the Zogby research group, 80 percent of the residents of Saudi Arabia want a peace agreement with Israel, and the Israeli think tank Mitvim says the same applies to the citizens of Israel.

Mitvim researcher Eli Podeh said in a recent article for Israeli news site Walla that secret contacts between the Gulf Arab states and Israel have existed for more than 50 years, and that there is now an ideal opportunity for officially normalizing relations between Israel and these Arab nations.

The Mossad under Cohen’s leadership has become an organization with an ever-growing budget, while the IDF has to deal with shrinking budgets. A State Comptroller report from August 2020 disclosed that the spy agency exceeded its NIS 1.5 billion budget, reaching NIS 2.6 billion currently.

This makes the Mossad the second-largest spy agency in the world after the American CIA in terms of budget.

The organization is currently doing much more than spying and liquidating senior terrorists, as described in the book Rise and Kill First by Israeli investigative journalist Ronen Bergman. Bergman has contacts in Israeli intelligence and wrote this book about the Mossad’s clandestine operations in the 72 years that the State of Israel has existed and detailed many liquidations of terrorists who posed a direct threat to Israel’s existence.

During the current Corona crisis, the Mossad under Cohen’s leadership became a major player in the fight against COVID-19 as well.

The Mossad was the first Israeli organization to bring tens of thousands of quality face masks to Israel last March, and this too was the work of Cohen, who obtained the masks from one of the Arabian Gulf states, most likely the United Arab Emirates, the first nation to close a normalization deal with Israel last month.

At the same time, Cohen brought ventilators, testing kits and protective clothing for doctors and nurses, as well as other medical equipment to Israel that was needed to fight the Coronavirus.

The Mossad director was at the time head of the Joint Procurement Command Center in Israel, a role that was only later taken over by the Ministry of Health.

It was revealed this week that Cohen has also secretly brought a Chinese Corona vaccine to Israel, something that could not be independently confirmed as the Israeli government is silent about this new Mossad operation. This silence is probably related to tensions in relations between the United States and China. Israel has been pressured by the US government to reduce its trade relations with China to prevent Beijing from gaining too much influence over the infrastructure and other sensitive matters in the Jewish state.

Channel 12 News in Israel, however, is confident that the Mossad has brought the vaccine to Israel, where it will first be tested in so-called “trials.”

Researchers in Israel and around the world have been frantically searching for months for an effective vaccine against COVID-19 and a drug that can cure Corona patients. The Israel Institute for Biological Research announced on Sunday that it has also developed a vaccine against Coronavirus that has already been approved by the Ministry of Health for human trials. According to Defense Minister Benny Gantz, some 25,000 doses of the vaccine are already ready, and he said on Monday that “this was a day of hope for the citizens of Israel.”

Yossi Cohen’s term as Mossad director, which has already been extended by one year, will expire next year, and some in Israel hope he will enter politics, as they see him as the only alternative to current Israeli Prime Minister Benyamin Netanyahu.

It remains to be seen, however, if Cohen has political ambitions.

Yochanan started his career in journalism during the Second Lebanon War when he decided to counter the many falsehoods about Israel in the international media. Visser became Israel Today’s Middle East analyst at the beginning of 2019 where this piece first appeared.

After U.K. coronavirus vaccine authorization, the beginning of the end of the pandemic is in sight
Thursday December 3rd, 2020 at 5:50 AM

The announcement came roughly a year after the first cases of covid-19 were documented in Hubei, China. Since then, the virus has taken a devastating global toll: At least 64 million people have fallen sick, and more than 1.4 million have died. Economies large and small were devastated by lockdowns and border closures.

That a vaccine could be developed, tested and approved in such a time frame is an undeniable feat. During an interview Wednesday morning, Ugur Sahin, chief executive of BioNTech, beamed with pride. “We believe that it is really the start of the end of the pandemic, if we can ensure now a bold rollout of our vaccine,” he told CNN. More countries need to approve the vaccine, he said, but “it’s a good start.”

Sahin was right: This is only the beginning of the end. And exactly how close the end of the pandemic might be depends on your vantage point.

Britain, which has pursued a muddled pandemic response in many other aspects, has been proactive on vaccines. The British government has secured deals with various manufacturers, amounting to more than five doses per person. It has preordered 40 million doses of the Pfizer vaccine and it was faster than both the United States and Germany, homes to the companies that created it, in approving it.

The U.S. Food and Drug Administration and the European Union’s European Medicines Agency now face calls to speed up their timeline. Other countries may also be feeling pressure. On Wednesday, Russian President Vladimir Putin ordered his country to begin vaccinations next week too, even though Russia’s domestically produced vaccine has faced less rigorous testing.

As the vaccine race heats up, poor countries could be left behind. They cannot rival the scientific or economic might of richer nations when it comes to vaccine development or procurement. Estimates from the Duke Global Health Innovation Center in Durham, N.C., suggest that some people in low-income countries may have to wait until 2024 to get vaccinated.

The European Union and five nations have already preordered roughly half of the expected supply of vaccines for 2021, Nature reported this week. Though some middle-income nations have gotten deals — India, which manufactures many vaccines, has secured 2 billion doses — the most successful have been wealthy nations like Canada, which has roughly eight vaccine doses per person.

The World Health Organization and other global groups have tried to address this problem by forming the Covid-19 Vaccines Global Access Facility, also known as Covax. More than 150 countries have joined the program, which aims to develop and equitably distribute 2 billion doses of a vaccine by the end of next year (the United States and Russia are both nonparticipating outliers).

The problems are not just related to supply, but also logistics. The Pfizer vaccine must be kept at an unusually cold temperature: minus-94 degrees Fahrenheit. That is outside the capabilities of many countries at the moment, especially at the scale needed for mass vaccination programs. The United States alone will need at least 50,000 deep freezers for vaccination efforts, according to one manufacturer.

For some nations, that poses a near-insurmountable barrier. The Pfizer vaccine is “probably out of the question for us,” Palau’s president-elect, Surangel Whipps Jr., said in an interview Wednesday. The tiny Pacific island nation, ironically, is one of the only countries to have kept the virus out.

One concern is that even if vaccination programs effectively end the pandemic in some wealthier nations, the virus itself could linger, widespread, in poorer countries — not only posing a risk to the millions living in those nations, but also allowing the possibility of continued spread elsewhere.

Health officials have been grappling with the problem of global distribution for months. Katherine O’Brien, director of the WHO’s immunization department, said in November that the discovery of a highly effective vaccine was like building a base camp on Mount Everest. “The climb to the peak is really about delivering the vaccines,” she said, reacting to positive news about another vaccine made by U.S. firm Moderna.

Some foreign officials on Wednesday accused Britain of rushing that ascent. A health spokesman for the center-right parties in the European Parliament, Peter Liese, called the move “problematic” and urged other European nations to stay cautious. “A few weeks of thorough examination by the European Medicines Agency is better than a hasty emergency marketing authorization of a vaccine,” he said in a statement.

There may be unexpected obstacles ahead. Some experts had concerns that a speedy rollout could undermine trust in immunizations, especially of the type created by Pfizer and Moderna, which use new mRNA technology that could cause short-term side effects. Writing in Foreign Affairs, Josh Michaud and Jen Kates warned of “vaccine disillusionment” should vaccine doses not bring a speedy return to normality.

Britain, in the throes of a winter spike, did not want to wait. But Prime Minister Boris Johnson, not known for his caution, warned the country to not get “carried away with over-optimism” at a 10 Downing Street news conference on Wednesday afternoon. England’s deputy chief medical officer, Jonathan Van-Tam, said it was a matter of “months, not weeks” before vaccination programs really swing into effect.

All eyes will be on Britain as it begins its rollout of the Pfizer vaccine, but this is not a national tale. BioNTech’s Sahin and Ozlem Tureci, his wife and co-founder of the company that developed the vaccine, are the children of Turkish immigrants to Germany who partnered with an American company and sought the approval of the British government.

In a period of vaccine nationalism, the international nature of that feat is worth remembering. Yes, the end of the pandemic is in sight, but it will take continued global effort to get there.

Was this Salmon infected with Sars-Cov-2?! 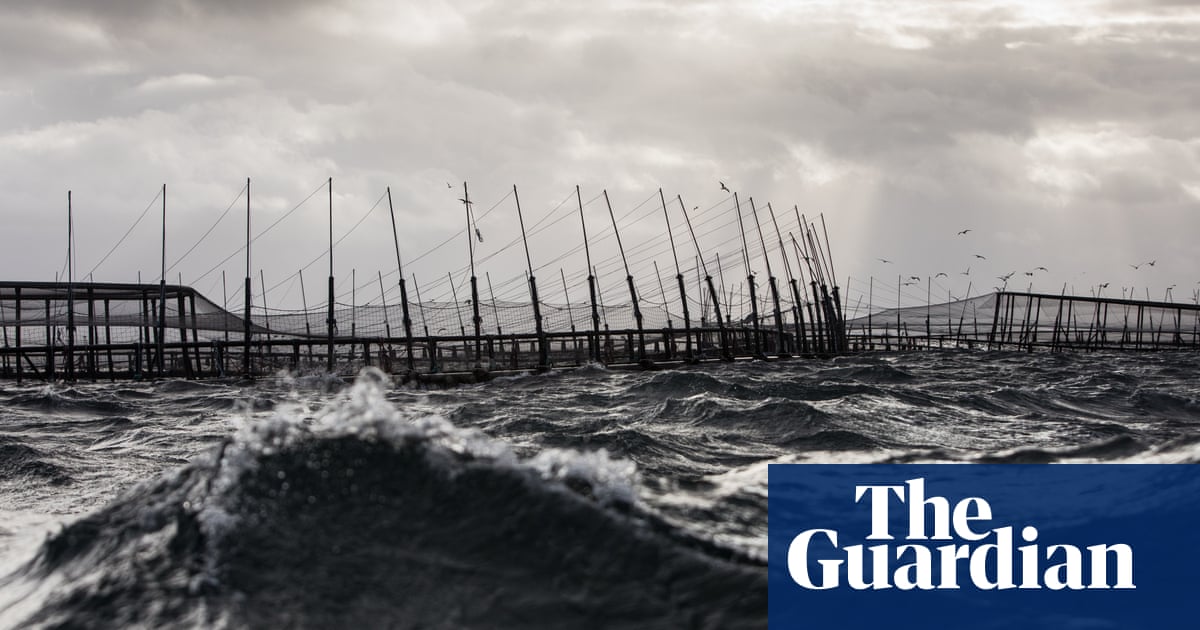 Environmental groups call for salmon farming to be moved onshore after 130,000 fish escape through tear in net

Huon Aquaculture has been savaged after another mass salmon outbreak in Tasmania that could threaten native marine life, with conservationists labelling escape management practices in the state “a circus”.

About 130,000 farmed salmon swam to freedom after a tear was found in the netting of a fish pen in Storm Bay on Wednesday. Huon’s chief executive, Peter Bender, said there was a “significant loss of fish”.